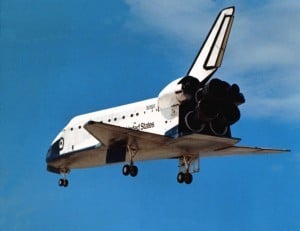 HQ Inc.’s mission is to serve the sport, occupational safety, military, manufacturing, agriculture, and research industries by designing, manufacturing, and marketing cutting edge, wireless temperature sensing systems. We take tremendous pride in the ability to meet the most demanding deadlines by controlling our process from start to finish. We are committed to providing reliable, high quality products in a consistent manner to ensure customer satisfaction and loyalty.

During the next decade, publicity from NASA Tech Briefs and marketing efforts not only propelled the sensor technology into human use markets such as military, sleep science, sports physiology, and occupational safety, but also secured its use in the industrial market. The sensor was widely used by pharmaceutical and industrial companies for applications such as freeze drying, paper manufacturing, and food processing where temperature measurements are vital to the output of the manufacturing process.

In 1991, the CorTemp sensor technology made its debut in outer space, where it was ingested by astronauts so their body temperatures could be monitored and relayed via radio frequency signals to laptops back on earth. In 1998, astronaut and U.S. Senator John Glenn used the sensor during his Space Shuttle Discovery medical experiments. NASA tracked the data produced by the sensor to study his condition during space flight and to obtain a better understanding of the physical deconditioning of astronauts due to the weightlessness of space and the similarities of these effects to the human aging process.

Today, our technology is used world-wide to protect athletes from overheating and to help them prepare for competition. Beyond the sporting world, the sensors are ingested by firefighters to keep them cool when battling blazes, used by doctors to study sleeping disorders, and used by the military to protect their soldiers and working dogs. Major industrial and pharmaceutical partners use the sensors to better understand their processes and to control critical temperatures during manufacturing cycles.

Any cookies that may not be particularly necessary for the website to function and is used specifically to collect user personal data via analytics, ads, other embedded contents are termed as non-necessary cookies. It is mandatory to procure user consent prior to running these cookies on your website.